My research at the Sarawak Museum, during which I repatriated a collection of photographs to the rural Indigenous communities in Sarawak where they had been taken by museum staff in the 1950s, 60s and 70s, made it necessary to digitize parts of the collection in order to create digital copies and facilitate printing of the photographs. 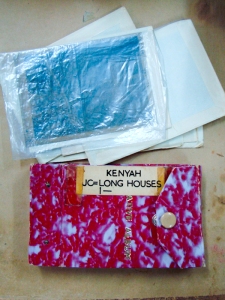 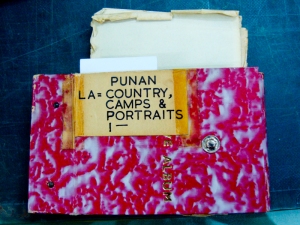 The photographs were kept at the archive as negatives, filed away in small booklets with transparent sleeves to accommodate the 6×6 format. The museum held hundreds of these booklets, stashed in drawers, on shelves and in plastic bags in various parts of the archive. 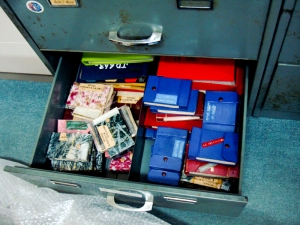 Whenever I thought I had located all negatives that belonged to the geographical area I had selected, more appeared in boxes and various corners of the archive. The eventual number of photographs digitized was 1500 negatives, with some additional larger formats and some 35mm negatives. 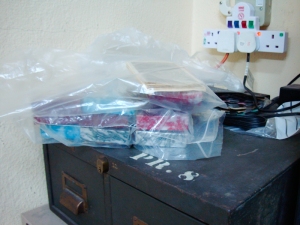 Contact prints corresponding to each negative were stored in file folders, four or six to a page. Some information and descriptions were added in handwriting next to the contact prints. This information was usually the only data available on the photographs, short of the date of capture which was written in ink on each negative. 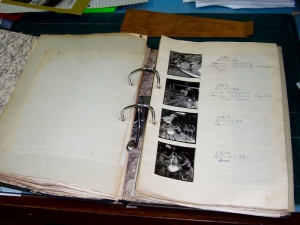 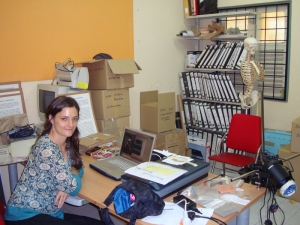 The temperature in the archive is not constantly regulated, and the aircon is off during the night. In the daytime, however, the room is kept at freezing temperatures, and so I migrated upstairs to the archaeological section when I could, and the company of my friend Franca and the skeleton. 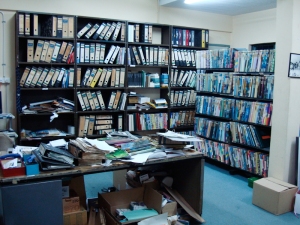 The Sarawak Museum archive itself is an extremely interesting workplace. It contains thousands and thousands of photographs, slides, negatives, prints, books, articles and other related articles. Much of it is quite jumbled, and only the staff working there know where to find things, their expertise derived during years of sifting through and adding content. It’s almost an archaeological effort in itself. During my digitising work I kept this in mind and tried to arrange the digital database of photographs so that it would be usable by staff after my work was completed. I handed over the whole database at the end of the research. By that time interns were already in the process of digitizing the rest of the archive, or at least parts of it. 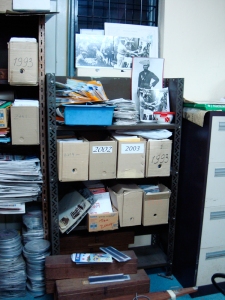 The archive is continuously in development and new photographs are added weekly. These include museum events, buildings, but not so much ethnographic photographs or research related material, since the museum has passed on its research obligations to other institutions. 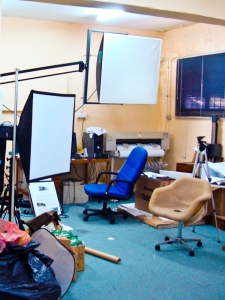 The museum still has a studio where photographs of museum artifacts as well as staff portraits are taken. The studio is next door to the archive and the two merge into each other, as some of the archival photographs are stored in the studio, and some of the equipment in the archive section. 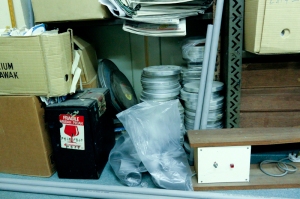 The archive also contains film, some of it taken by former curator Tom Harrisson and his wife Barbara. However, much of the film is damaged and the technology to play back the reels is no longer available at the archive. More work to restore and digitize the film would surely yield fascinating insights into Sarawak of the 1950s and 60s. My research was limited to photographs, but perhaps another PhD student will take up the work where I left off?